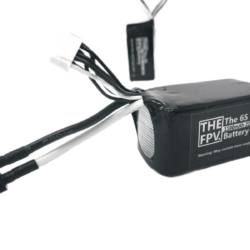 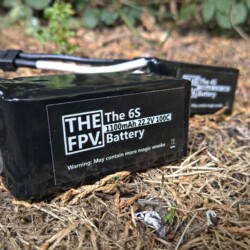 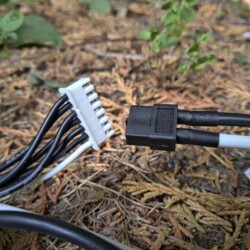 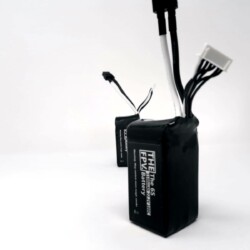 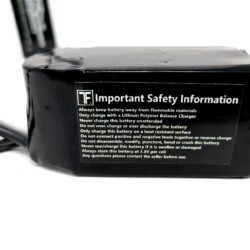 A new LiPo that looks the part, performs the part, and only costs partly as much as others! You won’t be disappointed…

LiPo’s are pricey, aren’t they? I mean, for something that will fail with time, the price tag on a lot of FPV quadcopter batteries out there is just TOO DAMN HIGH.

Our Version 3 release now has lighter, smaller cells, but packs the same punch! It also has a clear wrap for even better looks, and some added protection!

Aside from that, you spend a long while – hours, perhaps even days – meticulously planning, buying the parts for and building a quadcopter that not only flies sweet, but looks the part too. Buuuuuut then you’ve gotta go and throw on a LiPo to get it in the air, and it’ll be silver, or gold, or purple, red, whatever. The colour doesn’t really matter, but the fact that it, like, TOTALLY clashes with your kick-ass lookin’ build right there? That’s just a let down.

So, let’s address that.

Here we have our premier foray into the full-sized LiPo space. And no, it’s not just another GNB, CNHL or GensAce rebrand.

We know you’re going to abuse your LiPo’s (which we don’t endorse, so don’t go ignoring the safety warnings and trying to charge us for a new carpet – just embrace your new art piece that is the abstract black mark on the floor), and we know that you just want a decent LiPo that will keep you in the air, perform well and just look sweet on just about any build until you kill it and need another without also killing your bank account.

That’s no problem, we’re the same.

Our LiPo is designed specifically to be able to sit atop any carefully-planned quad and keep the whole setup looking fresh. You’ll find enticing colours such as black, white…. And nothing else. Not even a red wire! Minimal, clean and pretty damn fancy lookin’ if I do say so myself.

On top of that, as we didn’t just go out there and make another GNB rebrand, we can pass savings on to you. You want a cheap LiPo? You got it.

Last but not least, you want a LiPo that really delivers the beans – well, here we have beans a plenty. I should know, I’ve been flying a couple of these pretty black oblongs for a good few months, and they’re still punching strong!

Oh, and no – they aren’t graphene. But neither are the ones that say they are, so don’t buy into that BS unless you know it’s there, just a heads up!

As a final side-note, we really wanted to put an honest C rating on these. The truth of it is, if they weren’t labelled as 100C, half of you wouldn’t be reading this, you’d have gone and brought another “100C” battery for 1.5x the price! From our extensive research, we’ve determined that all C ratings are frankly bulls***, and you should take them all with a grain of salt. For a better way to sum up the C rating of this battery, here’s how I’d put it: The C rating of this battery is “Plenty-good-enough-for-your-5″-freestyle-quad-C”. If you can somehow scientifically determine a real-world C rating for a battery, that’s awesome – let us know!

Have yourselves an awesome day, and keep on flying! 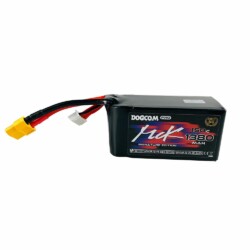 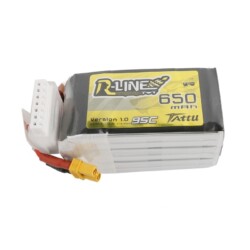 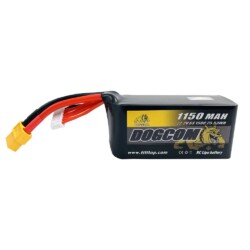 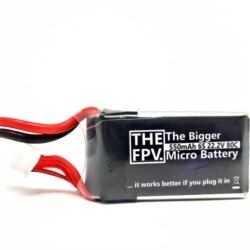 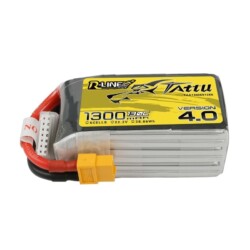 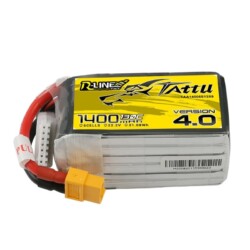 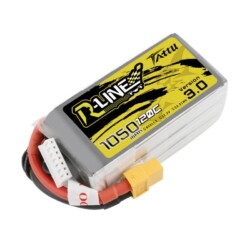 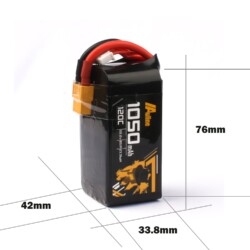 £22.85 (ex VAT £19.04)
This site uses cookies to offer you a better browsing experience. By browsing this website, you agree to our use of cookies.
More info Accept